You’re annoying.  It’s a good reason to lose followers fast. People often don’t realize they’re annoying until someone tells them.  Everyone is different, so what annoys one person could be tolerated by another person.  Here are some common annoyances on Instagram:

This is an obvious one and definitely a reason to lose followers fast.  It’s something people don’t quite grasp when it comes to online behavior. It’s a matter of consideration.  People will put up with your multiple posts a day if your content is amazing.

We suggest no more than 4 posts on Instagram a day, 12 on Twitter, 2 on Facebook/Google+ and 4 on Pinterest.  In addition, the biggest sin is clogging up a follower’s feed with multiple posts with a data dump.

In other words, people who test people’s patience with posting 10 pictures at once on Instagram.  Followers will hit unfollow if your content is okay to crappy.  We suggest spreading out your content throughout the day.  For example, four posts every 6 hours, two posts every 12 hours, and etc.

Content is king.  Actually, it’s the only rule. On Instagram, content is a combination of engaging captions and captivating images will stop you from losing followers fast.  On Twitter, it’s clever and witty tweets.  On Facebook/Google+, it’s attention capturing headlines.  It’s as simple as that.

If your content is crappy, no follow unfollow method or automation service will save you.  Now, we’re not suggesting to buy a DSLR camera because most smartphones have great cameras.

However, we definitely recommend taking the time to edit your images with some free apps like VSCO or Snapseed.  It could be travel pictures or food pictures.  Whatever.  Take pride in your pictures.

You’re basic.  This applies to men and women.  The term ‘basic’ has different meanings depending on who you ask, but it essentially means a lack of any defining characteristics worthy of attention.  For example, basic would be wanting to be famous for the sake of being famous.

Basic posts would be the typical Starbucks post, laptop at the beach, the daily selfie, overuse of editing, risqué pictures, shirtless selfie, obligatory gym selfie, yoga post anywhere, yoga pose with a motivational quote, and picture in the club.

In other words, attention seeking posts that has people rolling their eyes.  Be intriguing.  Don’t be basic or you’ll lose your followers fast.

Social media is all about engagement.  It’s one of the reason why Twitter exploded on the scene.  Twitter provided a way for fans to communicate with celebrities.  It gave fans a glimmer of hope that their idols will respond even though the chances are slim to none.

If followers commented on your post, take a few minutes to reply or ‘like’ their comment.  It gives followers a sense of appreciation; in addition, it shows they exist to you.  Let’s be honest.  You wouldn’t have a following without their assistance, so show some appreciation.

Spam is everywhere now.  It’s hard to avoid spam in emails, regular mail, and social media.  Twitter, Facebook, and Instagram are filled with bots; however, Twitter is probably the worst of all the three platforms.  Instagram is getting there too with the annoying “free followers” or emoji comments.

In addition, there’s the follow unfollow technique to gain followers.  There’s the automated messages from holr.mediaa, or try.holr, when you initially follow someone.

Let’s not forget the TrueTwit messages on Twitter to validate the follow.  Lastly, spamming could be aggressively selling your products.  It’s the reason why you lose followers fast.

Social media is all about entertainment.  It provides mindless entertainment without commercial breaks.  It’s why Instagram exploded on the scene when they first launch.  It was ad-free until recently.  People could look at pictures without being sold anything.  It was one of Instagram’s biggest draws.

I don’t suggest posting an ad every post.  It’s like walking into a store and getting approach by aggressive sales reps every step of the way.  It becomes draining and annoying; it’s not the best way to keep followers engage with your content unless you’re trying to lose followers fast.

In addition, Instagram is notorious for emoji comments.  The emoji are a clear sign of bot usage.  It’s generic, obvious, and irrelevant.  The best way to gain followers would be to engage with people on yours and their posts.  It’s public and genuine; plus, they notice the comment.

In summary, social media is meant for engagement.  In addition, it could be a valuable resource to build, or expand, your brand if use correctly.  Your main goal on social media should be to provide amazing content while being engaging then supplement it with bot usage to advertise your page. It’ll keep you from losing followers fast.

Bots could be a great tool if use correctly.  Bots should be used to attract attention to your content and your content should be decent to great.  Unfortunately, there aren’t many reliable bot services still in existence after Mass Planner and Instagress shut down.

Instagram has taken it upon themselves to shut down every Instagram bot service on the internet.  Check out the only Instagram growth service that’s still working here.

Learn how to legally protect yourself and become a professional influencer here.

Learn how to start a blog or company here.

Photo by Redd Angelo on Unsplash

How To Hide WordPress Usernames And Author Links

Printful Review: How To Start A Clothing Company

Best eCommerce Sites: How To Make Money Online With 10 Websites 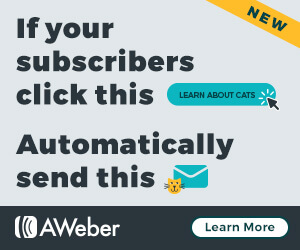 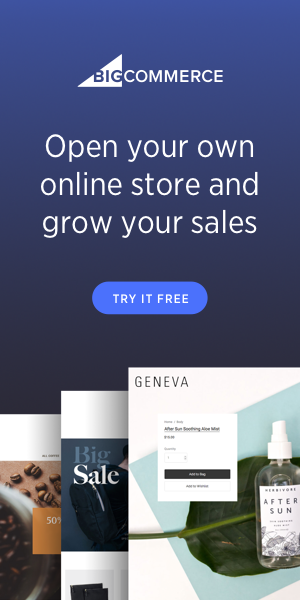